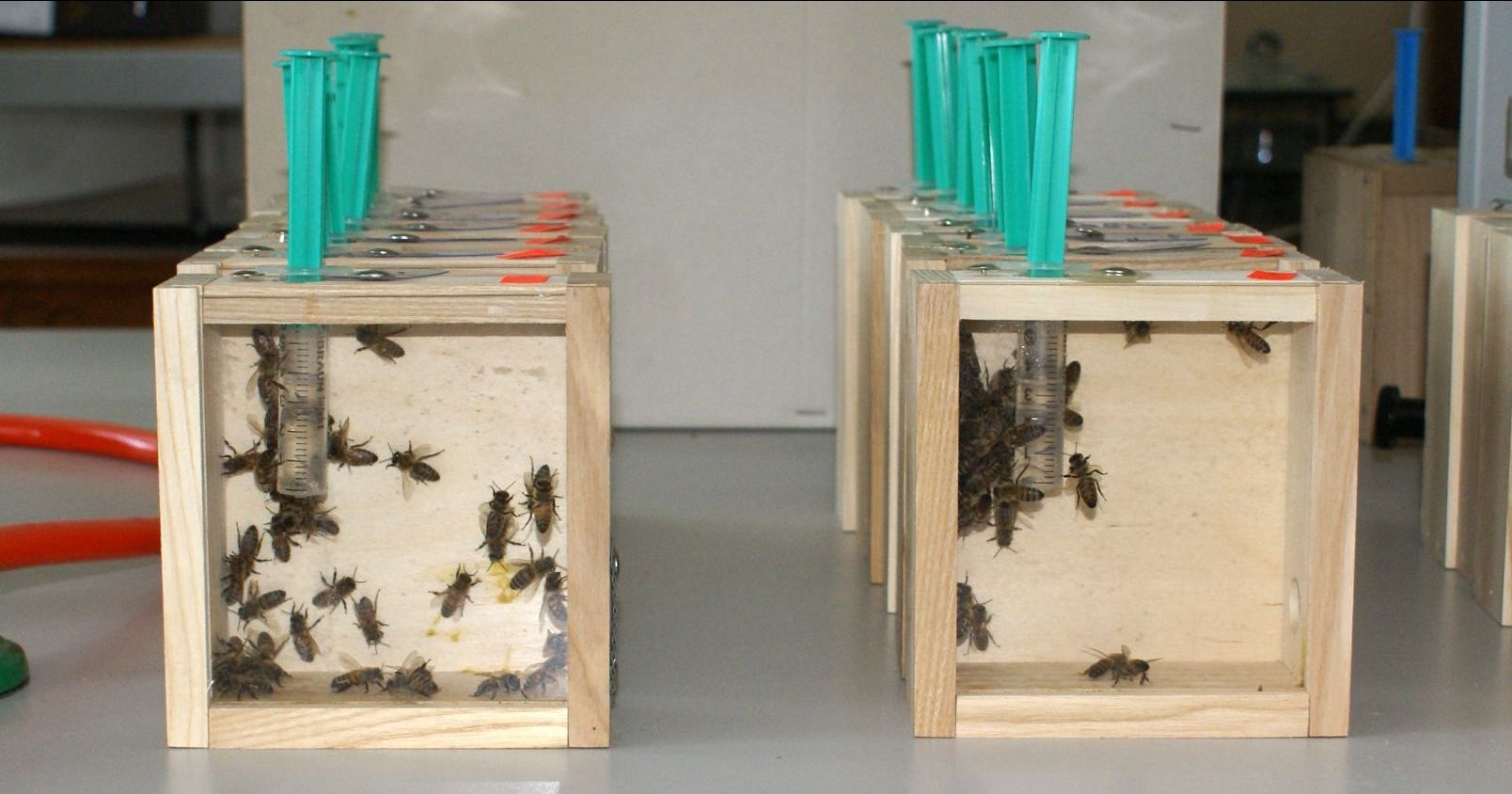 Cannabis extract as a remedy for dying bees.

Cannabis extract as a remedy for dying bees
fot. Nadesłane

Bees are not able to protect themselves against pesticides and at huge chemical concentrations they die. Danel Załuski, Dr. habil. NCU professor from Collegium Medicum is a member of a team whose aim is to search for specimens of natural origin which protect insects.

"Help bees", "Save bees", "Save our bees", "Be like Bee" are only some of online actions which are to protects our buzzing friends.  What is all the fuss about? Albert Einstein was the one who already warned that "if bees disappear, human kind will soon follow their fate", as the production of 75% of food in the world depends on the insects which pollinate flowers. And they are  massively dying out.  The reason is not only nosemosis or varroosis caused by excessive multiplications of the parasite Varroa destructor. Beekeepers are also concerned with the collapse of bee families outside beehives. Scientists have proved that the massive extinction of bees happens due to the use of insecticides on farm lands and in forests – insect-killing neonicotinoids, i.e., neuroactive substances from a pesticide group which disrupt bees' orientation and communication.

Pesticides are chemical compounds, for instance derivatives of phenoxyacetic acid, organochlorine or organophosphate compounds, which are used mainly in agriculture and gardening, but also in forestry, veterinary sciences and textile materials impregnation.  Apart from active substances, pesticides also contain emulsifiers, preservatives or other auxiliary substances which, for certain, are not indifferent to the environment.  Spraying seeds with nicotinoids makes these compounds penetrate the whole plant, including flowers and pollen. Therefore, by collecting pollen and carrying it into the beehive, bees transport poison, which affects not only the insects working outside the beehive but also those which stay inside including the queen. – Pesticides usually affect bees' nervous system, they change their behavior and decrease immunity – explains Daniel Załuski, Dr. habil, NCU professor, from the Department of Pharmaceutical Botany and Pharmacology of Collegium Medicum. – I have not heard of any substances which would protect bees against the negative influence of insecticides from the group of nicotinoids.  Therefore, our research team have begun research on developing such substances of natural origin.

There is a lot to protect bees against as pesticides may affect them on different layers. Contact substances affect their nervous system This may cause even chemicals which are considered to be nontoxic to poison a bee though direct contact. Pesticides may enter the bee' organism with contaminated food, for example nectar, pollen, honeydew or water.  Depending on the degree of toxicity of the formulation, bees may die instantly or in the beehive. Death in the beehive triggers off other consequences as the contaminated material poisons young bees and further contaminates honey with the pesticide.  Bees do not have protective mechanisms against pesticides. At high concentration, they are defenseless.

Apart from professor Daniel Załuski, there are in the research team Aneta Ptaszyńska, Dr. habil, prof. of University of Maria Skłodowska-Curie in Lublin, and Rafał Kuźniewski, Dr., from the Department Pharmaceutical Botany and pharmacology of CM NCU. The problem of massive extinction of bees has been within the scientists' interest since 2012.  – As it often happens in science, the actions undertaken and commercialized initiatives came into life by accident – says professor Załuski.  The main subject of my scientific activity are vegetable raw materials with adaptogenic affect, which increases the efficiency of a human organism through the influence on the immune, endocrine or nervous systems.  Yet, professor Ptaszyńska has begun her research to seek natural substances which fight against nosemosis in honeybees.  - Once, she told me about a tragic situation of bees and the possibility of their extinction, which causes my anxiety.  We both agreed that it was worth looking for natural substances of plant origin which could stimulate the immune system of bees. The effect of many years of research is developing a formulation which fights against nosemosis in bees, and which has been on the market since 2018.

The cooperation has not ended with only one project.  Scientists have begun research on plants like cannabis, which is the main subject of interest of doctor Kuźniewski. Unexpectedly it turned out that aquatic and ethanolic extracts increase survival of bees in conditions exposed to the presence of pesticides.  The scientists obtained the essences from the leaf, stem and roots though the method of extraction supported with ultrasounds, and with application of water and water solutions of alcohols as solvents. Next, the extracts were lyophilizated and used in the tests which examined the survivability of bees in conditions stimulated with the extract and pesticide.  The scientists solved the essence of cannabis in food, that is in high fructose corn syrup or a mixture of honey and powdered sugar.

The research model comprised 30 standard cages, each containing 40 bees. The bees were being given the extract for eight days, on the seventh day they were contaminated with imidacloprid or acetamiprid, and for two days they were given food with the extract.  Survivability of the bees in particular cages was compared to survivability in the control sample, which was not stimulated with the formulation. It was also there that the bigger number of dead bees was recorded – arithmetic means calculated upon the three cages in the end of the experiment were respectively five and seven alive bees. The lowest number of dead bees was recorded in the groups which were provided with ethanolic or aquatic extract of cannabis leaves (Cannabis sativa L.) – the number of living bees in the end was 19 and 16.

Scientists find it relatively difficult to unequivocally answer the question if the cannabis extract may protect bees against a harmful impact of all pesticides or only selected ones.

Chemical differentiation of pesticides is huge, therefore environmental research should be done in the areas with highly developed agricultural production based on polycultures, which require application of various pesticides. – explains professor Załuski. – Such research usually takes two or three years, and it requires seasonal application of the mixture of food and extract to the bees. In our experiments, we usually used two most often applied pesticides from the group of neonicotinoids: imidacloprid and acetamiprid.

It turned out unexpectedly that the extracts of roots, leaves or stems of cannabis, which were obtained with aquatic solution of ethanol, both prolong the life of bees exposed to pesticides of nicotinoid group, and also decrease the amount of pathogenic spore of Nosema spp. This considerably limits nosemosis in bees.

In April 2020, the scientists made two patent applications, and currently they are preparing an application for an international patent. If they find a licensee, the product should enter the market in two or three years. 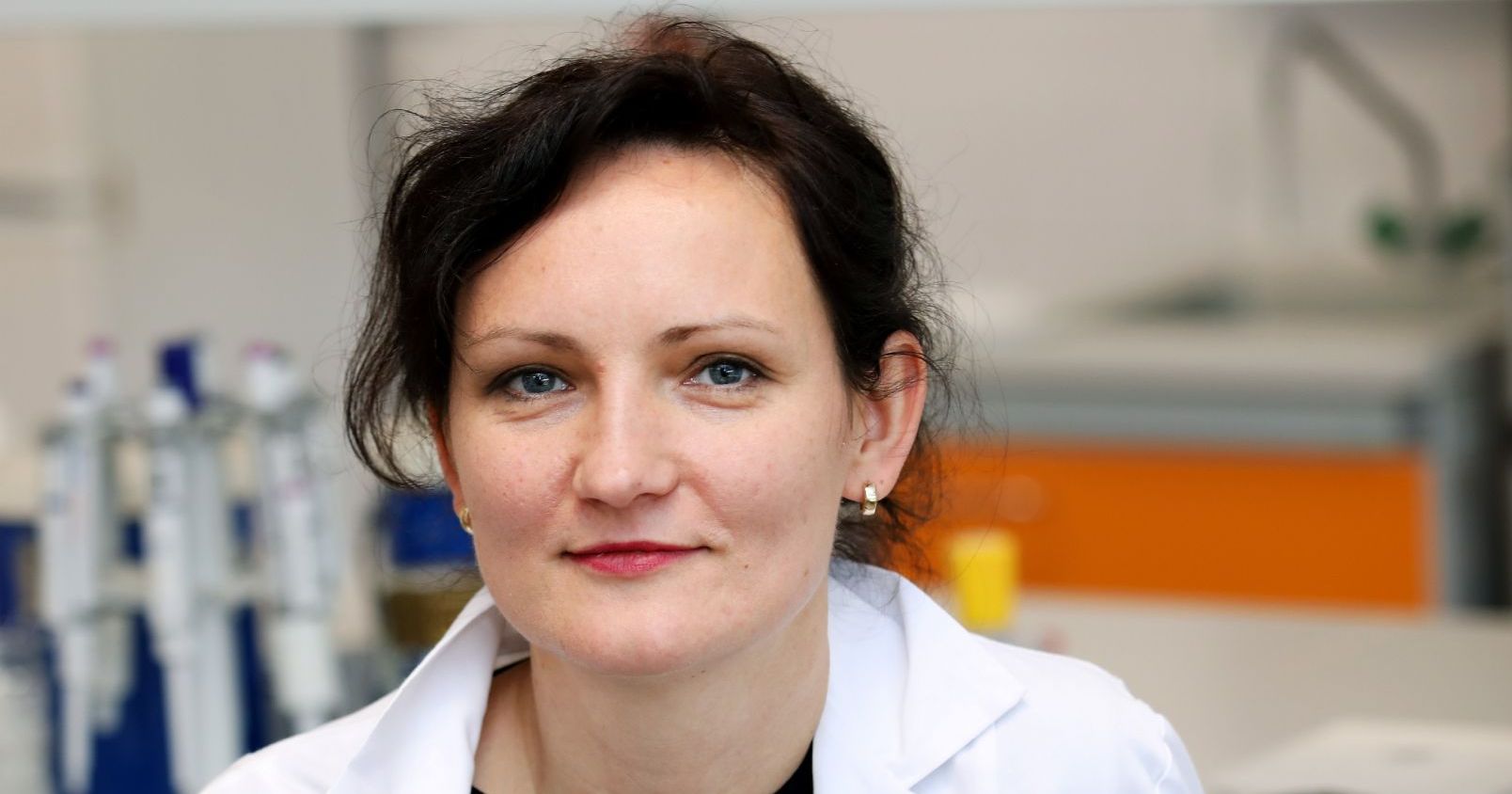 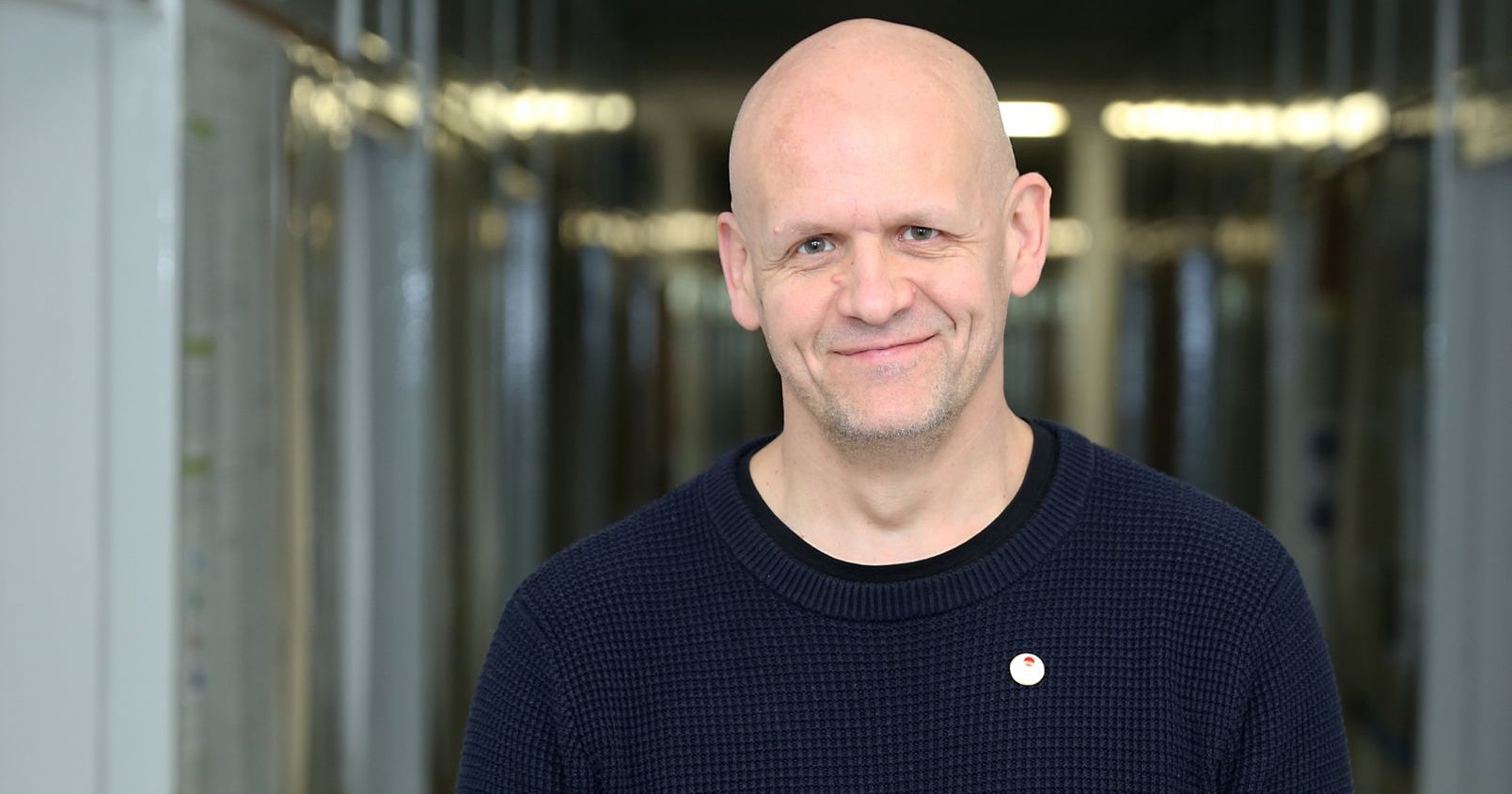 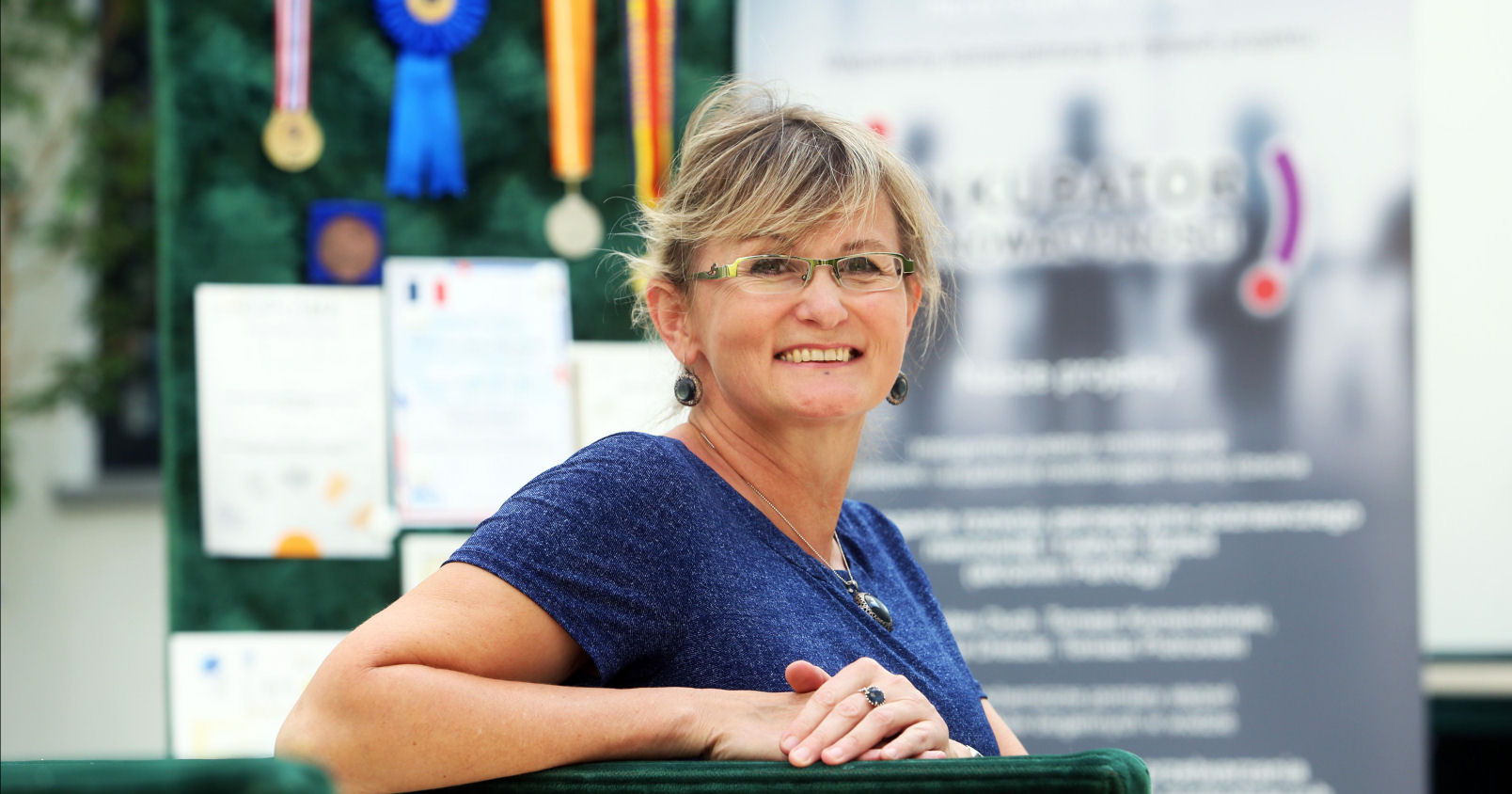