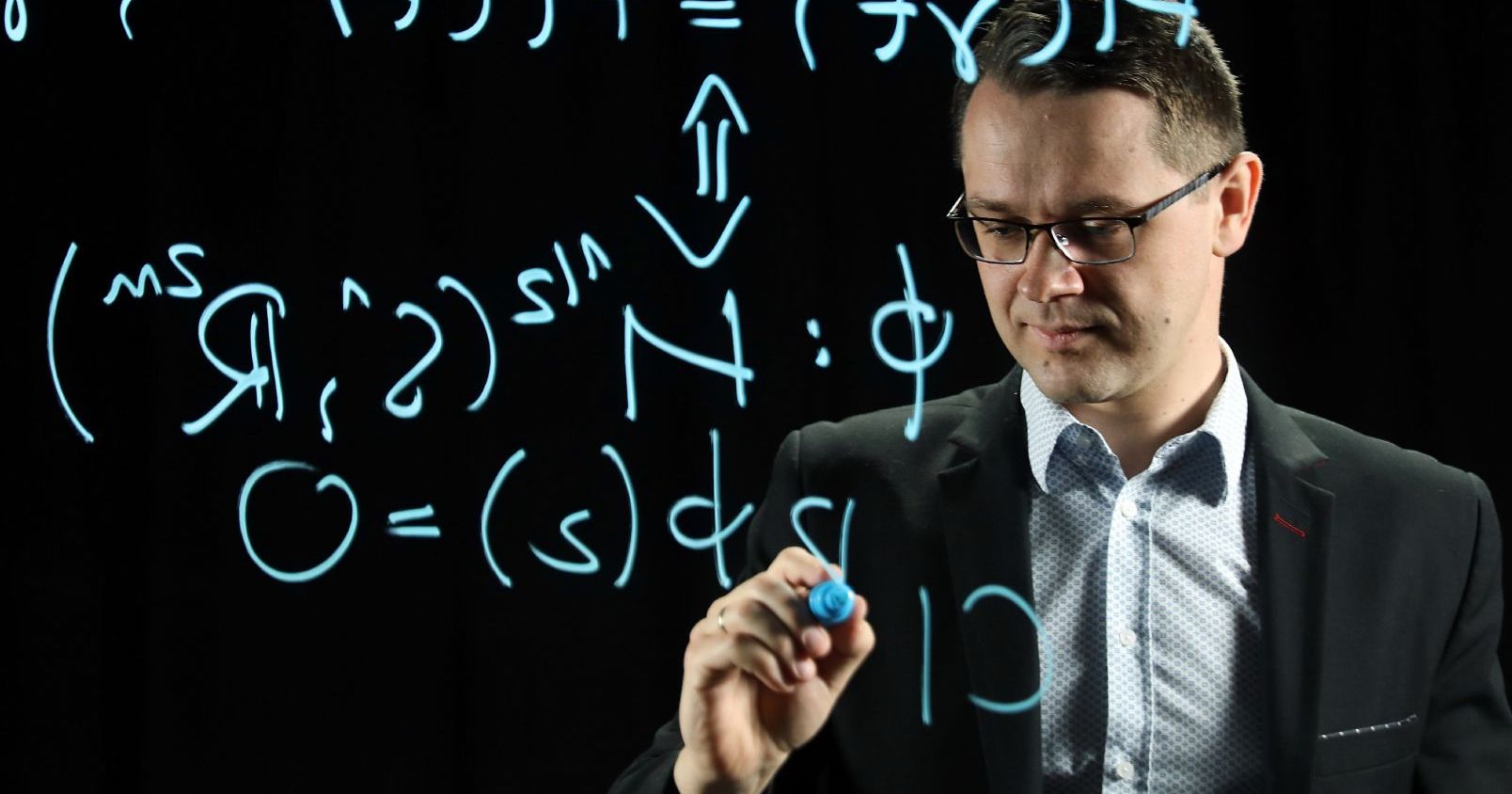 Don't be complacent, develop yourself, don't have long-term research project plans, don't lose passion for mathematics. - Just do what you are good at, with passion, as it is so essential in your scientific work - these are future plans made by Daniel Strzelecki, one of the recently promoted doctors.

Due to the pandemic situation in our country, this year's promotions could not be traditionally and ceremoniously celebrated. Therefore, we have decided to present some of our new doctors to the academic society.

Daniel Strzelecki, a doctoral studies graduate from the Faculty of Mathematics and Computer Science, NCU, is one of them. Last autumn, after a few years of hard scientific work, supervised by prof. Sławomir Rybicki (supporting supervisor: dr Anna Gołębiewska), he presented his dissertation entitled "Periodic solutions of symmetric Hamiltonian systems."

In his PhD dissertation, Daniel Strzelecki dealt with Hamiltonian formalism, one of the most important tools of quantum mechanics.

The issues physicists are concerned with are described by a broad range of equations which, when solved, allow us to predict how an examined phenomenon will proceed, determine its properties as well as verify the experiments performed. It is particularly interesting when a given problem occurs periodically, i.e. after some time it returns to the starting point and behaves as before. Such a performance sounds familiar to us as it is exemplified by the periodical movement of the planets in the Solar System. Thus, we are able to observe seasons, predict a solar eclipse many years ahead as well as precisely plan flight paths of satellites and space ships. Obviously, the periodicity issues are not limited to celestial mechanics; they also concern physics, chemistry, or economy - dr Strzelecki explains.

Moreover, many of such equations show symmetries, so they do not change when the whole described system is inverted or reflected. Such behavior makes these problems even more intriguing and, above all, enables applying interesting tools to examine and solve them. This is what the mathematicians from Toruń have been doing for years.

- The aim of my doctoral dissertation was to examine periodical solutions of differential equations which describe such models, or, to be precise, Hamiltonian equations in which symmetries occur - adds dr Strzelecki.

- Of course, I have examined a purely mathematical problem and I have formulated abstract results. In my dissertation, however, I have given an example of a potential application. It was the examination of satellite movements after deflecting from a geostationary orbit, i.e. the orbit on which an object rotates at the same speed as that of the planet.   For someone observing such an object from the ground, it  seems inert.  I have managed to prove that for a planet being an oblate spheroid there exist solutions to an equation describing the movement of satellites whose trajectories are optionally close to the geostationary orbit - explains dr Strzelecki. - This is just basic research: we often do not know how to relate our results to everyday life. We show that something exists, something is possible. History, however, shows that such research turned out to be of fundamental importance in the development of other branches of science or inventions.

Daniel Strzelecki graduated from the IV High School (IV Liceum Ogólnokształcące) in Toruń, where he got seriously interested in mathematics. Supported by late Prof. Henryk Pawłowski, a great teacher who planted love for maths in many young minds, he was bitten by a mathematical bug.

- I liked mathematics even earlier, I found it easy, and I participated in numerous competitions. But it was Prof. Pawłowski who showed me the more difficult and very interesting side of the mathematical world - says dr Strzelecki. - I also liked physics so after graduation I was not sure which direction to choose. At that time, physics seemed a more rational and optimum choice, but I decided to develop my passion, I am not afraid to say so, and I went to study mathematics.

Dr Strzelecki recommends the Faculty and the subject. There were not many students, and those who came to study here wanted to self-develop, do a little more than others, were observed, and could rely on the academic staff.

It does not mean I was exceptional and knew everything. No, indeed. But I did not say it aloud - says dr Strzelecki humorously. - Even if I graduated from an excellent school, academic level is a completely different story. I felt embarrassed there is something I do not know or understand, and now, looking at it off, it made me good because I wanted to fill gaps in my knowledge on my own, as soon as possible.

During the course of my studies, I got actively involved in the scientific circle activities as well as other scientific initiatives for students. He did not have to wait long for success.

Under the wings of dr Robert Skiba who prepared students for participating in state and international mathematical competitions Daniel Strzelecki practiced solving problems. They used to meet once a week to discuss atypical cases. The student team led by dr Skiba turned out to be very successful.

One of such competitions was that in Blagoevgrad, Bulgaria, co-organized by the University of London and the American University in  Bulgaria. It is considered one of the most advanced and prestigious events, only for the best young mathematicians.  Only carefully selected and outstanding participants who best represent their universities are invited. The competition gathers several hundreds of young mathematical minds. In 2014, it was Daniel Strzelecki who went on to win. Worth noticing is the fact that his remarkable success was the first achieved by the NCU in this international event.

Not much later, in 2015, as a fifth year student, he reached for the first prize again. The  Petersburgh competition he won is another significant international competition.

Success in competitions, as well as hard and effective work, resulted in a series of awards and honorary mentions. In 2014, he was awarded the title of the Best NCU Student. He was also granted a scholarship funded by the  Ministry of Science and Higher Education. One year later, he became the best graduate at the Faculty of Mathematics and Computer Science.

- To be honest, I had my doubts at that time. I was pretty sure I wanted to deal with science, but as a PhD student I was also worried about the unstable financial situation. Every year, you have to compete to get a scholarship. I started a family and was about to become father, so the decision was not that simple - explains dr Strzelecki. - I took my chance because I wanted to follow this path, I wanted to self-develop and prove myself as a scientist. It seemed so natural.

I enjoy teaching. During pandemic, I miss face-to-face contact with students

During his PhD studies, he assisted dr Skiba in preparing his younger colleagues for participating in mathematical competitions. In 2017, he was awarded a scholarship funded by the Polish-American Freedom Foundation and got involved in many activities such as organizing the local mathematical contest, various events, or lectures given at Toruń Science and Art Festival. At the same time, he extended his scientific CV: he participated in conferences, prepared scientific papers; he also supervised the National Science Centre grant for studying differential equations.

- I competed with another student from my year for the main scholarship - says dr Strzelecki humorously. - He finally turned out to be better, and that is good. A little race motivates and stimulates you to work, to put yourself out there. It positively influences your attitude if the bar is set higher. Never be complacent.

Having defended his PhD dissertation, Daniel Strzelecki continues his scientific adventure at the NCU: he works at the Department of Differential Equations, Faculty of Mathematics and Computer Science. As he says, he finds it easy to combine his scientific and teaching duties.

- I enjoy teaching, it is fun. During pandemic, I miss face-to-face contact with students, but we will survive. I think, when we return to normality, I will find it even more satisfying - says dr Strzelecki. - I am also coming back to my scientific activity because, I must admit, I had to take a little rest after my dissertation. In the near future, I just want to do my own things, all the things I feel good at.

There must be some balance

Maths and science are not my whole world. They are essential, but family life is my priority.

- My wife, my daughter, and soon another baby we are expecting, will always be most important. They will always be in the first place - says dr Strzelecki.

There is also time for hobby

- Music is my stepping stone. I graduated from a musical school, so I play the piano and the guitar with pleasure - says the young scientist. - I have also discovered carpentry. I started with some DIY works. There is always something around you that needs fixing. I have found it satisfying and, to my surprise, my collection of tools has started growing. I am quite well equipped now and the tasks I am dealing with are more and more advanced. Surely, carpentry consumes much of my free time, beneficially for me and my family, I hope. 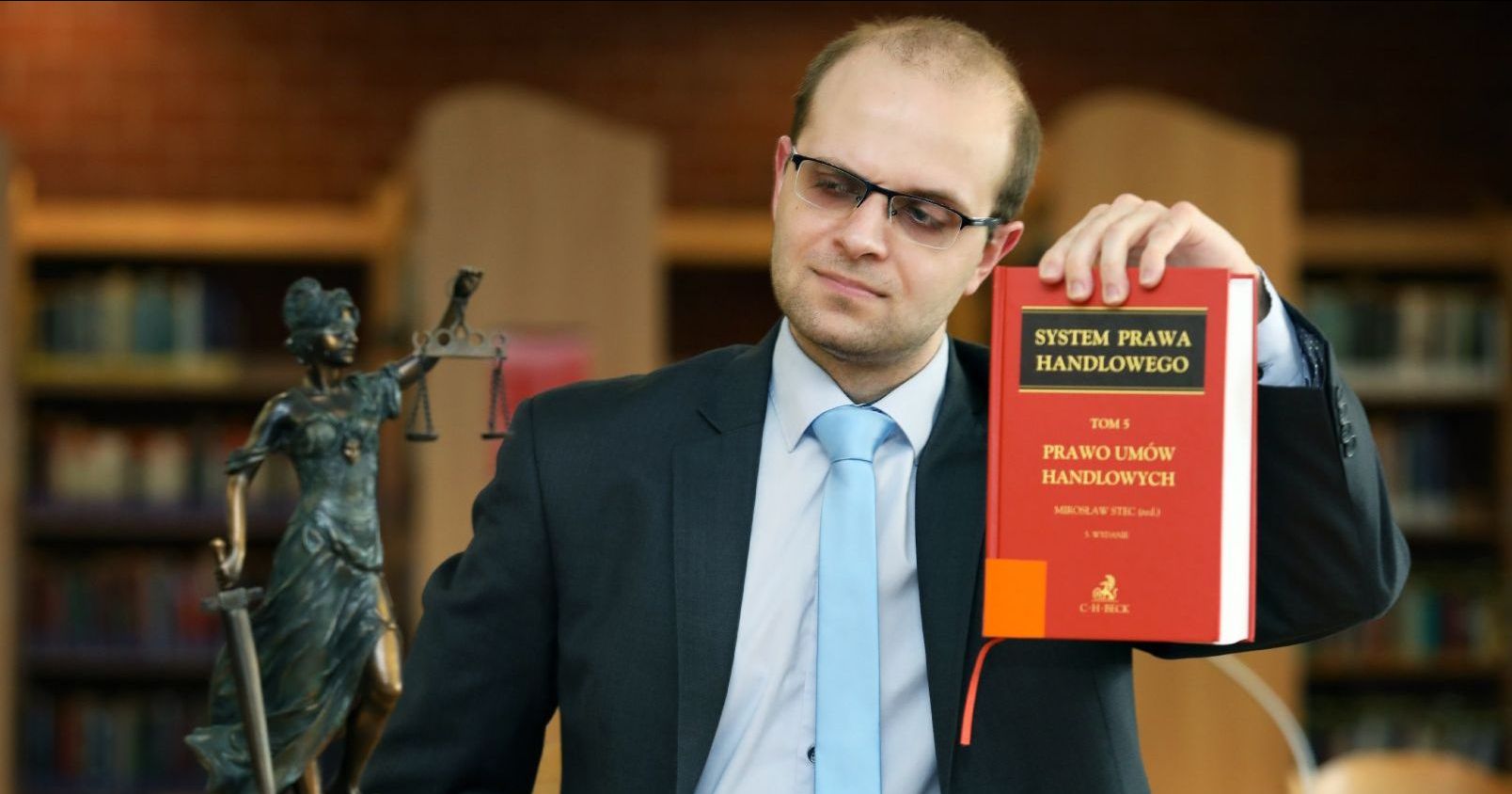