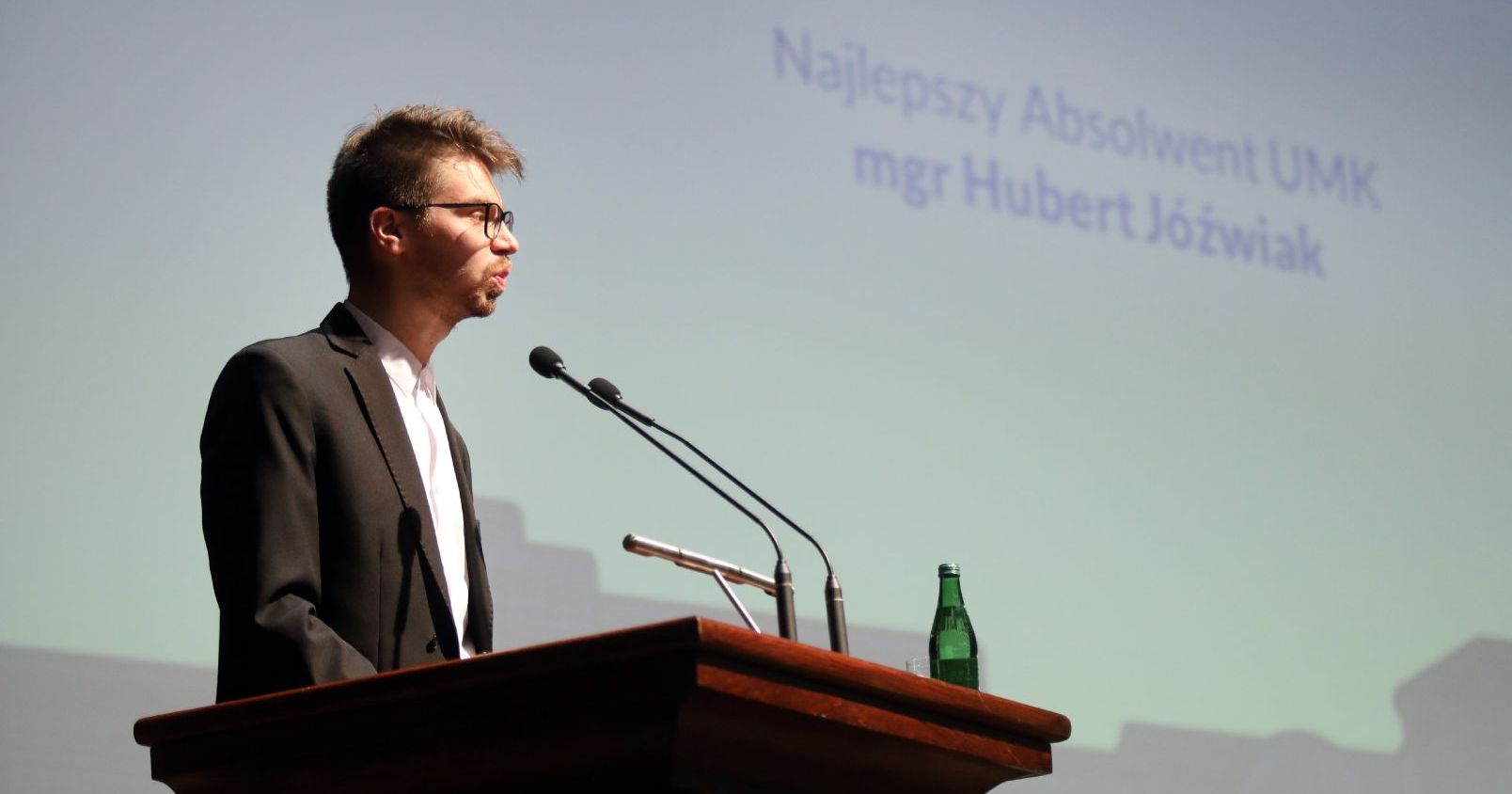 The Best at NCU

The inauguration of the new academic year was an opportunity to honour the students of the Nicolaus Copernicus University, who have achieved particular scientific and sporting achievements in recent months.

Traditionally, during the inauguration ceremony, we learned the names of the Best Graduate, Best Student and Best Student-Athlete of the Nicolaus Copernicus University in the academic year 2019/2020.

The title of the Best Graduate of the Nicolaus Copernicus University in the academic year 2019/2020 was awarded to Hubert Jóźwiak who graduated from the Faculty of Physics, Astronomy and Informatics with a degree in Physics. The laureate received a scholarship from the Minister of Science and Higher Education twice for his outstanding scientific achievements and the " Diamond Grant" in the 8th edition of the Ministry of Science and Higher Education contest. During his two years of studies, he published eight scientific papers in journals from the Philadelphia list, including three as the first author. The laureate actively participates in international and national conferences, he is also an engaged member of the Faculty Council for the Quality of Physics Education.

The title of the Best Student of the Nicolaus Copernicus University in the academic year 2019/2020 was awarded by the University Senate to Marcin Dorochowicz, who completed his fourth year of full-time studies of law at the Faculty of Law and Administration. For his outstanding academic achievements, the winner received a scholarship from the Minister of Science and Higher Education, a scholarship from the Marshal of the Pomorskie Voivodeship, a scholarship from the Rector for the best student and a scholarship from the President of Toruń. Marcin Dorochowicz is a co-author of many scientific publications, and in the past academic year he took part in numerous international and national conferences. He has been involved in the scientific activity at the Nicolaus Copernicus University. He was president of the Students' Scientific Research Group of Constitutional Law and was active in the NCU Student Self-Government.

Patrycja Lorkowska, a student at the Faculty of Biological and Veterinary Sciences, became the Best Student- Athlete of the Nicolaus Copernicus University in the academic year 2019/2020. The sports discipline of the winner is cycling. Patrycja Lorkowska is a versatile athlete who has won championship titles and medals of the Polish Championships in the under-22 age category in cross-country cycling, track cycling in Olympic competitions and in the senior championships in individual time trial. She is also successfully competing in foreign competitions of the track cycling Grand Prix series. In addition to her successes in sport, the winner also achieves very good results in studying.

A special award for particularly significant achievements in the international mathematical competitions and for making the name of the Nicolaus Copernicus University famous in the academic year 2019/2020 was granted by the Senate to a team of students from the Faculty of Mathematics and Computer Science: Karolina Wojtyniak and Kamil Dunst. In the past academic year, the team took part in the most prestigious student mathematical competitions in Katowice and Belarus, among others, taking very high places. It should be stressed that the members of the team also achieve very good results in education, and the average of their grades is 5.0. For the mathematical competitions and tournaments, the students were prepared by dr Robert Skiba.