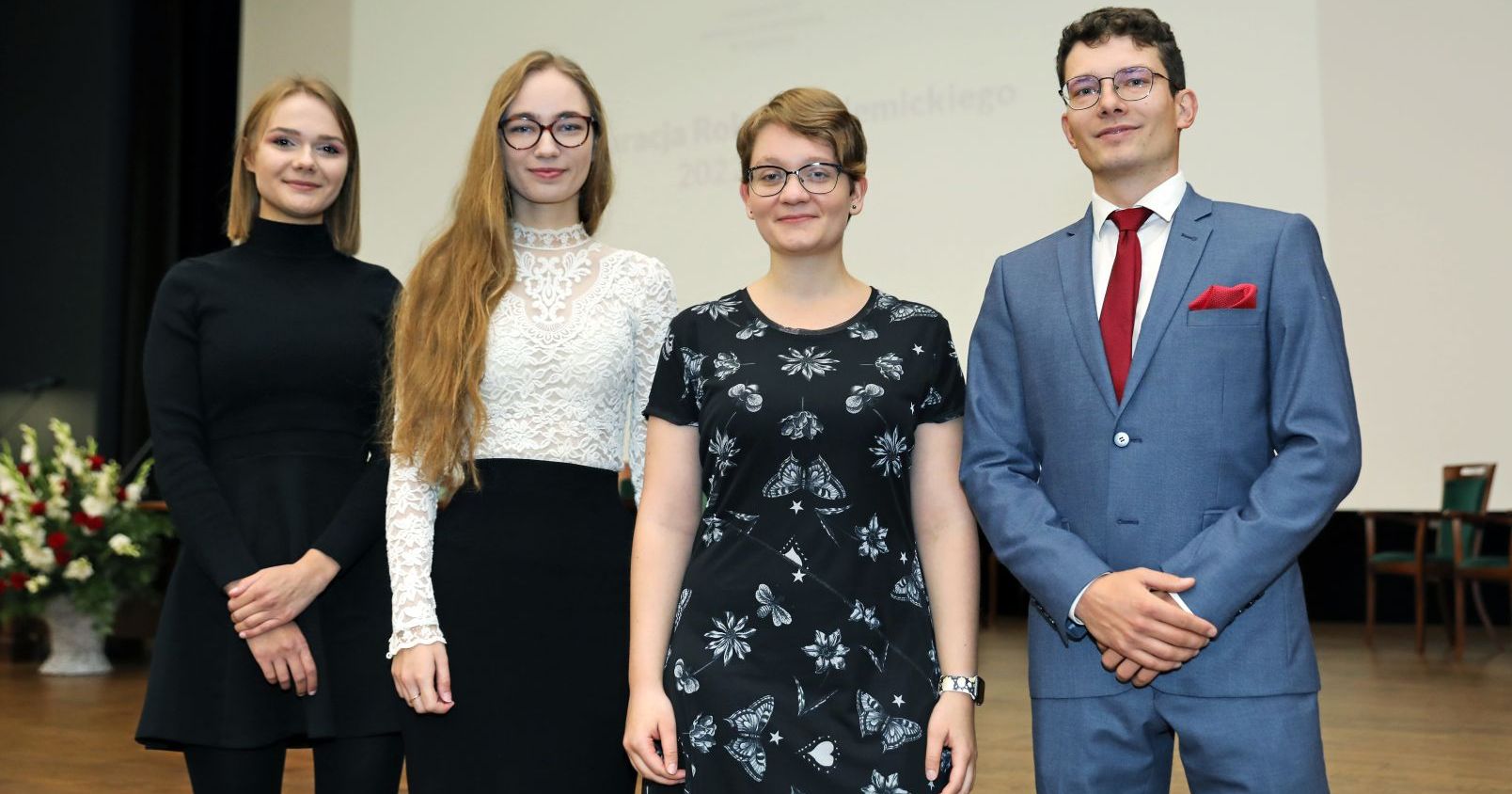 The best at the university

The title of the best graduating student at the Nicolaus Copernicus University in the past academic year went to dr. Klaudyna Grzelakowska, who completed her medical studies at the Collegium Medicum with an average grade of 4.63 (all grades from examinations and final examinations obtained throughout the studies were taken into account for calculation). She was a three-time winner of the NCU Rector's scholarship for the best students, and in the academic year 2021/2022 she received the scholarship of the Minister of Education and Science for significant achievements.

She has co-authored more than 15 scientific articles, including as first author, and chapters of scientific monographs. She has published in prestigious journals including 'Atherosclerosis', 'ESC Heart Failure', 'Cardiology Journal' and 'Reviews in Cardiovascular Medicine'. She has participated in numerous national and international conferences, presenting scientific papers.

She has been active in numerous scientific circles, including the 2019-2021 Interdisciplinary Geriatrics Scientific Circle, where she has been involved in educational projects and events targeting seniors. She served as President of the Cardiology Student Scientific Circle in 2020-2022.

Since the beginning of the European consortium Young Universities for the Future of Europe (YUFE), she has participated in its initiatives. She was one of the first people in Poland to take part in the YUFE Introduction Offer, followed by the two-year YUFE Student Journey programme, during which she pursued subjects at universities in the UK, Finland, Croatia or Germany. She also contributed to the YUFE Student Forum and, as a member of the YUFE team at NCU, she took an active part in co-creating the consortium.

Throughout her studies, she participated in numerous training courses and extra-curricular activities in Poland and abroad. She completed the two-year Institut Pasteur Online Diploma of Infectious Diseases programme. She attended the Cardiovascular Summer School: Clinical and Experimental at the University of Pisa, Italy. She has completed many certified courses offered remotely by universities abroad, including Harvard University and the University of Toronto.

She has mastered Polish Sign Language (PJM) at an advanced level as part of her social and inequality reduction activities.

During the COVID-19 pandemic, she carried out voluntary work at Isolation Ward No. 3 of the Dr A. Jurasz University Hospital No. 1 in Bydgoszcz.

The UMK Senate awarded the title of 'Best Student at NCU' in the 2021/2022 academic year to Krzysztof Lingo. The laureate completed the first year of his master degree program in data analysis at the Faculty of Mathematics and Computer Science, achieving a grade point average of 4.53, calculated from all the grades from exams and credits obtained during the year. He also received the title of best student at FMCS.

The awards recognize his construction successes and his activity in areas of importance to society. His project 'Modern Freight Wagon Trolley' won 1st place in the 'Railway' category in the KOKOS 2022 Student Construction Competition. Krzysztof Lingo also won the title in this competition in the special category 'The Hero of Construction' for the best individual constructor.

Together with a student from another university, he implements projects aimed at improving the quality of life of the elderly, people with disabilities and their caregivers:

The title of 'Best Student-Athlete at NCU' in the academic year 2021/2022 was awarded to Alicja Barbara Śliwicka, a third-year student of information architecture at the Faculty of Philosophy and Social Sciences. The laureate's discipline is chess.

Alicja Sliwicka has been a FIDE champion (a chess title awarded by the Polish Chess Federation) since 2011, and an international champion. After starting her studies at NCU, she repeatedly reached for the title of Academic Champion of Poland, as well as Academic Champion of Europe and the World.

Her greatest achievements include:

The title of best student of University Secondary School went to Mark Rauchfleisz, a student of Class IVa with a mathematics, computer science and physics profile. Last year, the high school student achieved a grade point average of 6.0.

During this year's inauguration, a distinction was awarded for making the University internationally famous. It was awarded to Kornelia Maria Borowska-Beszta, a fourth-year student of graphic design, specializing in printmaking at the Faculty of Fine Arts.

The winner in the 2021/2022 academic year has completed a number of artistic projects in various art techniques - such as serigraphy and screen printing. The works were presented in a total of 10 Polish and international exhibitions.

The student's work was published in the exhibition catalogue of the first edition of the International PEACE Mail Art Project. As a result of the competition accompanying the second edition, another work by Kornelia was accepted for exhibition, presented among hundreds of other works submitted from 24 countries.

Kornelia Borowska-Beszta was also the winner of one of the prize categories awarded by the jury of the International Student Drawing Exhibition 'To Draw' at the 'Wozownia' Art Gallery.

The student also presented prints at the group exhibition 'Toruń Artists for Ukraine', organized by the Polish Artists' Union and students of the Faculty of Fine Arts. Works from the exhibition were then put up for an online auction: 'Art Auctions for Ukraine'.

Kornelia Borowska-Beszta is an active member of the Cobalt Cactus art circle at the Faculty of Fine Arts and runs Instagram, where she shares her artistic creations. 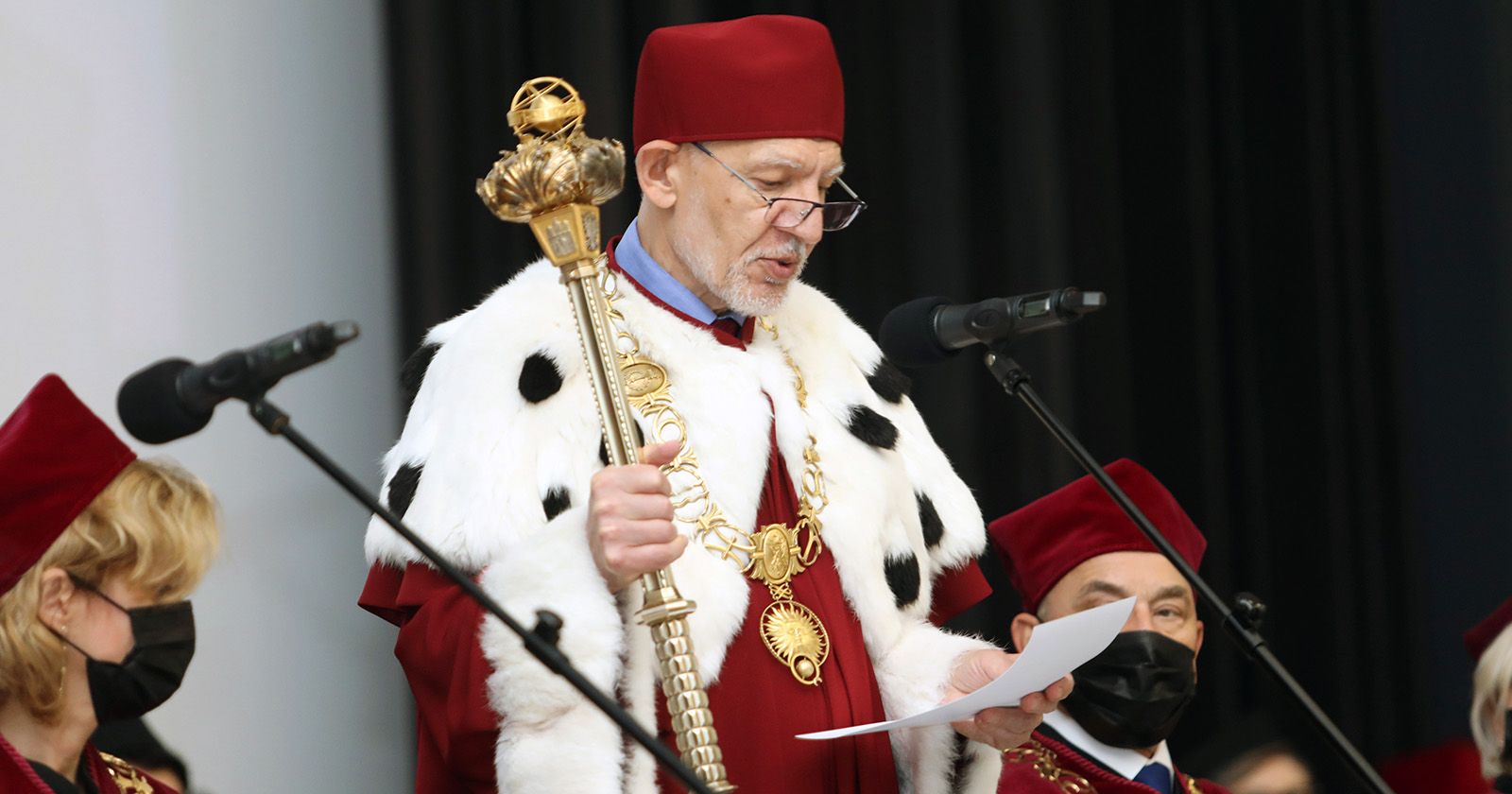 Inauguration of the academic year 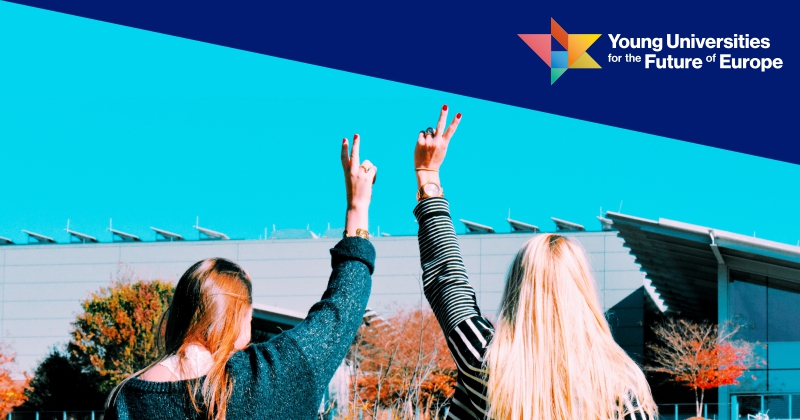 YUFE – The Virtue of Engagement 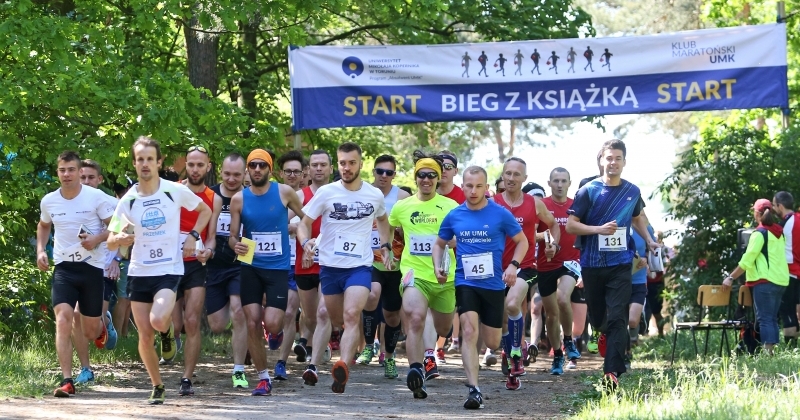 Run with a Book